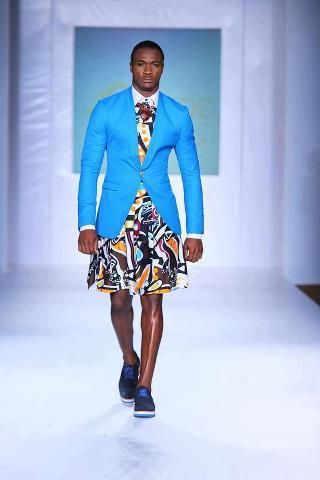 Today’s article concerns Black Men in particular. The text mentions Black people, the Black Community, and Black men. Disclaimer: When referring to Black people in this text, we mean so regarding all Blacks regardless of their nationalities.

As always, this text is in a form of a conversation that acquaintances would have over coffee. So, ladies and gentlemen, please read with a light heart. Let’s begin.

There is a popular belief on social media, or on Black Twitter, which raises a lot of fear within the Black Community. The belief is that there is an Agenda that is targeting Black men. Apparently, the Agenda aspires to make them appear as ‘weak’ males; thus emasculating them. They claim that this is accomplished by having Black men wear dresses — or be gay.

Pawns of the Agenda

Black Twitter is of the view that Black celebrity men, particularly those in the Hip-Hop/Rap genre are the main pawns. These believed-to-be ‘pawns’ are sent out to psychologically convince other Black males that wearing a dress is the way to go.

The media is also believed to be in this plan. As a result, some equate these beliefs to conpiracy theories, while some regard it as mere gossip.

Some of the key Icons that we know of include:

So, my view is this: even if there was an Agenda, the question is, so what?

To some, this question might be angering or sound ignorant …particularly in the environment of the Black Lives Matter movement. While to some, it could be triggering. Yes, of course, this question certainly does not suit all the situations surrounding the Movement. And we should continue to bring fair means and solutions that empower the Movement. But, for this topic of Black men wearing dresses, the question is fitting.

Let’s unpack why Black people should not have fear regarding this issue. [Bearing in mind their Culture.]

Be African First, Be Black Second

There could be an immense liberation of the mind if the Black Community started recognising that all Black men were Africans first before they were a Black race. This is because in acknowledging that these are African men, we will be forced to acknowledge that it is their tradition and culture to wear dresses. It is in their ancestoral history. Dress wearing for African men is part of their identity. And once that realisation is done, the fear would also dissipate.

In any case, even if there was an Agenda behind persuading Black men to wear dresses, it would be helpful to the  Culture. That Agenda would actually empower Black men to go back to their roots. To go back to the basics. To see themselves for whom nature intended for them to be.

If the Blacks could associate themselves with their origin rather than their race, things would be better. Why? If we should focus on the race, Black people shouldn’t even be recognised as such. Perhaps the right term for their race would be along the lines of Cocoa or Chocolate. But that’s a topic for another day.

Today some African tribes still have men who wear dresses …doing so to celebrate who they are. We even know of some world political leaders who wear their dresses to the parliament. But, there is no outrage …because those dresses have been approved and accepted as ‘cultural’.

The best of the best African kings have worn dresses their entire lives. We talk of kings such as Pharaoh and Shaka Zulu. They fearlessly led people and won battles in dresses. They focused on their priorities, as kings, using their masculinity to defend their people …rather than focusing on covering their manhood in pants. Their manhood did not feel intimidated because of the dresses that they wore. They didn’t feel threatened at all. So, why in the 21st century it is such a big deal when some Black men wear dresses?

Today why is the Black Community afraid to have their men continue the legacy of their forefathers? What’s the shame about? Why do we associate masculinity with clothing?

Perhaps, the designers are making the dresses too ‘sexy’ for some men to handle? We don’t know.

Black Man, I leave you with this: if only you knew who you were, you wouldn’t fear every passing fly. But at the same time, and as always, Human Rights are important. No-one should be forced to wear a dress against his will.

Mitta Xinindlu is an author of books in fiction and nonfiction genres. She is a versatile writer and researcher. Her qualifications in academics include a Master of Science in Project Management and a Six Sigma Green Belt. A multilingual writer with a knowledge of ten languages. Her language skills range from elementary to native. She also knows Tech languages such as R programming and Python. Her work in writing has been featured in digital and print media. Media platforms include Parade Magazine, Thought Catalog, Psychology Today, and Your Tango Magazine, In 2019 PoemHunter selected one of her poems as a Poem of the Day. View more posts